Electric guitars! Ever since childhood, when first encountering those unusual jangly sounds, then onwards and  into the years of developing my playing, I have loved exploring the textures, soundscapes and possibilities available to guitarists, both in my playing and whilst listening to established performers and their recordings. Some of my early sonic explorations during sessions for other artists were christened ‘Angel Vibe Guitar’  by renowned producer and engineer Nigel Palmer. It is a good description of some of the ethereal forms I was experimenting with at the time. These new compositions very much continue the development of those early explorations. With the advent of new technological innovations and effects, the sonic possibilities now available are endless.

This recording began its journey on a winters day in the USA during the week of Thanksgiving. November 2017. It started life as improvisations built around simple themes, all played on my adapted and modified Gretsch GA6120 which features an acoustic bridge and Midi output, driving a Roland GR30 guitar synth as well as the traditional electric guitar output, running through my FX board to the amps.

The combination of the different guitar effects and functions, the addition of synth settings and the acoustic bridge tonality give a vast sonic landscape with which to explore new ideas. It greatly inspires the composition process. Great fun, and can be very noisy! A vintage TR808 is another addition to the recording (Track 5), lending its instantly recognisable sounds to the project.

The title of the album was inspired whilst waiting at traffic lights, watching skateboarders adapting their skills within the open basement of a rather ugly, brutal architectural heap. A structure somewhat like the residential buildings that so often divide rather than create community, causing more problems than they were originally intended to solve. The noisy youthful creativity was both amusing and thought provoking. It set me thinking about purpose. How we adapt to environment, how environment can shape or break community outcome and habit, and the unintended consequences experienced in so many areas of life. Nowhere in modern life is this more prevalent than in the arena of information technology, with its original intentions for good so often being subverted and misused.

So many architectural forms, ideas, structures and technologies have had their original design purposes usurped, either for good or bad. An obvious train of thought perhaps, which inspired a little thankfulness for the good things that unintentionally come our way from time to time. 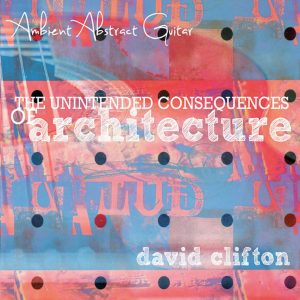