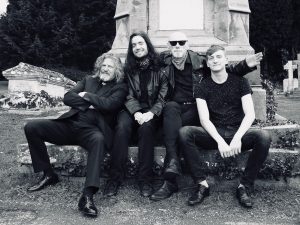 Currently storming the live music venues of Herefordshire and gaining a loyal following for their energetic, fun and powerful gigs, The Wilbur & Daddy Show is showcasing Paul’s great song-writing talents and the skills of a world class line-up. Most well known for his entertaining and outrageous performances as lead singer for Hereford band Little Big Stuff, Paul is a highly respected and consummate writer who currently devotes his creative energies to the art of songwriting, rehearsing and performing new music with this excellent new band. He’s also recently been involved with pre-production and project initiation with up-and-coming emerging local artists. His extensive back-catalogue of songs vary in style from hilarious irreverent anarchic post-punk, through to power rock and thoughtful Americana, roots and country ballads.

As well as his own song-writing projects, he has written, recorded and produced music for The Voice and X-Factor finalist ELLICE. Her well received single (No Passenger) and EP are both available from her artist’s page here at Little Room.

After a much lauded and storming reunion concert with Little Big Stuff at the Nozstock festival in 2017, Paul and a select band of musicians are now focusing on showcasing the  powerhouse Wilbur & Daddy Show in selected venues across Herefordshire and the Midlands. It is arthouse indie rock at its finest, and the band is fast becoming a favourite live act for gigs and festivals. Look out for forthcoming dates, and we’ll bring you some of their excellent new music as soon as it’s ready for release. 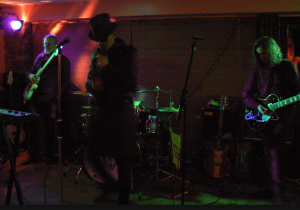