This album of thoughtful and inspiring songs was recorded in Knoxville, Tennessee, close to the Great Smoky Mountains; songs from a sojourn in the city. The initial tracking took place at Scott Minor’s Wild Chorus studio on 5th Avenue in the Old City, and the project was completed and mixed south of the city, at a studio near Maryville.

Knoxville is often referred to as the Marble City because of the marble mining industry that was a feature of the city for many years. Marble from Knoxville was used in the construction of many significant United States buildings, including Grand Central Station New York. “These songs are reflections and contemplations inspired by the journey of life, the ups and downs and joys and sorrows that we all inevitably experience this side of heaven. This is my first full length indie folk/Americana/singer-songwriter album.”

Knoxville has a significant history and thriving music life across all music genres. The annual Big Ears festival has become one of the best leading new and alternative music events. In terms of music history, it is a hugely important place. It is where Roy Acuff bucked the trend of fiddle and bluegrass music and established country music before moving to Nashville and making country music a national phenomenon; it’s where Elvis Presley was discovered, on Market Square by two RCA executives who heard his music being played; RCA then bought out his Sun Records contract, and the rest is history. It’s where the Everly Brothers lived and went to school. Rachmaninoff played his last concert in Knoxville, which is home to the only full size statue of the great composer in the world. It’s where Hank Williams stayed the night before he died. And of course, it’s well known that Dolly Parton grew up in the Great Smoky Mountains just outside the city, and created the Dollywood music and entertainment park nearby.

Many of the local musicians and songwriters and good people of K’ Town will recognise these songs which David has played in the music and concert venues of The Scruffy City over recent years.

Song Of Farewell, Days Of Summer Sun (Grace), The Best Is Still To Come, Everything Will Be Alright, Way On Home, When Love Is Lord Of All (traditional Irish melody) 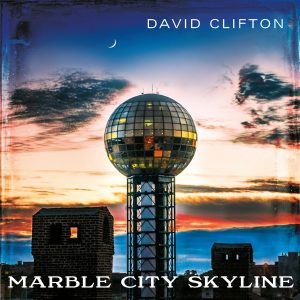