A little classic from the Sensible Jerseys for all fans of indie music. Recorded in Townhouse 3, formerly The Who’s recording studio in Battersea, Go To Work was a favourite song from the Sensible Jersey’s live set. With one day spare at the end of the recording session for their new single (Two Way Radio), the band gathered to make use of the unused day. Produced by David Clifton, engineered and mixed by the house engineer, the whole track was recorded,  finished and mixed in one day. There were minimal overdubs – some harmony vocals and a lead guitar repair on the outro – and the track captures the power, fun and energy of this much respected indie band at their very best. Discovered and championed by John Peel on his late night show, he advised them not to sign to Virgin Records (they did!) We hope to bring you their John Peel BBC Radio 1 session soon. 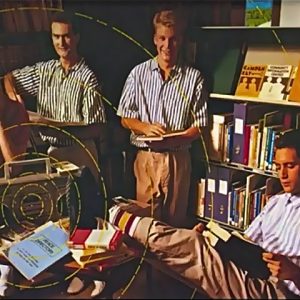