The title track of this double CD compilation of Celtic music has a mysterious history.

The ancient liturgical poem was discovered by Charles Causley on a Norman crucifix, dated 1632, and is included in an anthology of his poetry. For many years a transcription was displayed in St. David’s Cathedral, Wales. No one knows for certain the source of the original ancient Middle-Eastern text. ‘Our Lord The Sun’ was used in prayer by the early Christian Church up to and including the fifth and sixth centuries, and embodied in the Liturgy until altered to ‘Our Lord The God’.

This poem was set to music by David Clifton after hearing it read during an Oxfordshire Easter Vigil service at St. Mary’s Church, Kidlington.  The original demo was recorded at Fritz Lewak’s studio in Redondo Beach California while David was in the USA touring and recording with Julia Fordham. The finished production title track features Joanne Hogg, from the Irish band Iona, on lead vocals, and was recorded and produced in Suffolk by Nigel Palmer. The CD single was remixed by Jon Kelly in London, and re-mastered in the USA in 2013.

Three mixes of  ‘I Am The Great Sun’ are available for download; the full length album track, and the radio single edit. There is also a piano vocal mix version. The double CD Celtic music compilation was originally released in 2000 and there are a limited number of copies still available.. The title song was first featured on the international Celtic Expressions series, and then included in this double CD compilation of roots Celtic music.

The original full length double CD compilation, with one vocal CD and one instrumental CD is available for purchase via the Little Room Store. Full details of the track-list and the featured artists can be found on the CD information page once you visit the store. 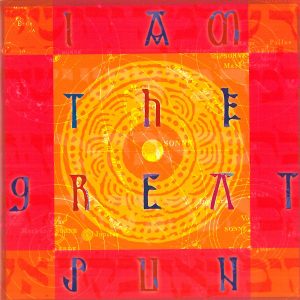